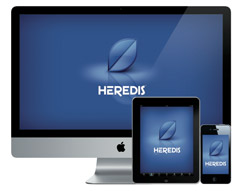 Well the upgrade is finally here, and really it’s a completely new version of Heredis for Mac. They’ve not only released Heredis for Mac 2.0 today, they’ve also simultaneously released Free iOS versions of Heredis for both iPhone/iPod touch, and the iPad in Apple’s iTunes store (links at the bottom of the article). A PC version that synchronizes with the Mac and iOS versions will be available July 4, 2012.

There is a trial version available for download at Heredis.com.

Those of you who received the recent July/August issue of Family Tree Magazine could not have missed the full page ad on the back of the magazine: 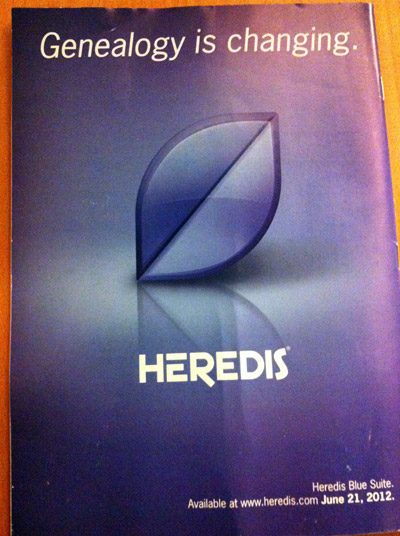 Their goals with this new version of Heredis are very ambitious:

Our objective is to offer to genealogists a software program which is very different to what already exists. This version is based on the principle that Heredis should always be easy to pick up and use. Our motto has been “Genealogy made easy” for many years.

I have posted screenshots from an early beta of Heredis, and they closely resemble what you see with the final release version.

I’ll be putting together my own screenshots and information/review in the next week.

Among the many new features for Heredis for Mac:
– Automatically synchronize genealogy data between Mac, PC, iPhone, iPod touch, and iPad
– Customized/adaptable to your habits, using a drag and drop interface.
– Family Group Data tab can speed up data entry
– Can create a fully customized and illustrated book
– Extensive customization of family tree charts, along with several templates
– Extensively tested in several countries and several languages.

Features of the iOS Versions of Heredis:
– Contains all of the key features of the desktop version of Heredis
– Exchange files between Macs and PC
– Check for duplicates
– Display family tree charts (and print them)

That’s just around 14 of the prices – you will need to check the Heredis.com Website for pricing if your currency/country is not listed.