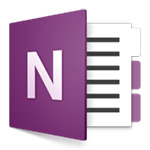 Microsoft has updated OneNote, the very popular “digital notebook” that they released for Macs back in March. OneNote became free with that release. Prior to that, when it was Windows-only on the desktop, it was not free.

Similar to Evernote, it allows you to add and edit notes across multiple platforms. LifeHacker had a very comprehensive comparison between Evernote and OneNote. I can see the appeal for OneNote, and I know a lot of genealogists who have been using it on Windows for quite some time.


They’ve been listening to Mac users, and OneNote 15.1 is a major update:
– You can now print notes, lists, etc. as well as save them as PDF files
– Drag and drop pictures directly into a note, from your Mac, a website, etc.
– Formatted Text can be copied and pasted between applications.
– Format Painter – quickly copy the format of a piece of text in one note, and apply it to text in another note.
– Hyperlinks can be added to notes, as well as edited.

↑
We use cookies to ensure that we give you the best experience on our website. If you continue to use this site we will assume that you are happy with it.OkPrivacy Policy