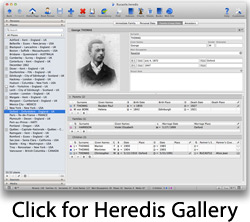 Developer’s Description
“This version is based on the principles that Heredis should be easy to pick up and use. And it is designed to be like “Mac” with its ease of use.”