After a slight delay due to some TreeSync/FamilySync issues, MacKiev has announced that Family Tree Maker 2017 for Mac and Windows will be released on Tuesday, April 4th, 2017.

A SLIGHT CHANGE IN PLANS FOR FTM 2017

Late Friday night, a few worrisome beta test results on the last leg of our testing gave us pause and with a deep breath we stopped the clock to carefully check them out. Some weren’t real, but others were. So we’ve made new builds and it appears the fixes were successful, but we’re going to continue testing to be sure.

And while we could probably ship any time now, we’ve decide to redo the stress tests on Monday, consult with Ancestry engineers, and ship on Tuesday. In the meantime, sync is off but Ancestry’s agreed to leave hints, search, merge and maps running until FTM 2017 is released, so you can continue your research.

That’s the latest status. We will post any further updates here

This was additionally mentioned by MacKiev:

New builds completed Saturday early evening were resent to beta testers with large trees who had reported unexpected syncing results and it appears the fixes were successful. We followed up by sending the new build to the same thousand beta testers who tested on Friday, and we will be actively watching the results.

At the end of last month, it was announced that Family Tree Maker 2017 (both Mac and Windows) would possibly be shipping yesterday (March 31st).

MacKiev, developers of FTM 2017, announced earlier today that there would be a slight delay.

There have been a lot of people who were upset/irritated, but it’s quite clear from the updates MacKiev has posted that the issues were tied into replacing TreeSync with the new FamilySync, and from my experience with software development, they may have been the kinds of issues that were hard to find until the new service actually went live.

To MacKiev’s credit, they pulled in 1,000 beta testers last night to check the problems and/or bug fixes – they are taking this very seriously, and are not releasing FTM 2017 until the issues are resolved.

People need to understand that they can’t just release FTM 2017 as it is, and then put out a patched version a few days from now – if there are issues with FamilySync, it could cause data corruption when syncing between your offline and Ancestry.com trees.

3:30 AM UTAH TIME – APRIL 1
Our shipping review meeting ended at 2:30 am Utah Time without an agreement to release quite yet. A thousand beta testers were called into service yesterday evening, at the end of the second day of testing FamilySync live on the Ancestry servers with TreeSync disconnected.

Our quality assurance staff have called for more research into issues raised in beta testing. Our engineers are in the office and are going to spend the day following the trail of the most worrying issues raised in testing yesterday. They may turn out to be nothing, but we aren’t going to release until we’re sure.

In the meantime, Ancestry have agreed that existing FTM editions may continue to work until we ship That means that Ancestry hints, search, merge, maps and the Web dashboard will all keep working a few more days. We’ll be sending out an email to everyone who has pre-ordered FTM 2017 a bit later today. .We will keep this page updated with our progress.

4 PM UTAH TIME – APRIL 1
We have been working through the day today with those beta testers reporting unusual problems. While some were not issues after all, some indeed were and we have made a new build which is being tested by those same beta testers right now. If that testing is completely successful, we could technically launch tonight, though we will more likely decide to wait until Monday when we can consult with Ancestry engineers and do further live stress testing on their systems.

In the meantime, all those with existing FTM editions may continue to work until we release. At this point, only syncing has been disconnected and Ancestry has agreed to temporarily maintain all other connection functions that will be replaced with FamilySync in FTM 2017. That means that Ancestry hints, search, merge, maps and the Web dashboard will all keep working until FTM 2017 is released. We’ll be sending out an update email tonight to everyone who is waiting for their copy of FTM 2017.

In the meantime, there are a few things you need to be aware of, although if you are a long-time FTM user, you probably already are. Note: This applies to both Mac and Windows users.

First, this coming Wednesday, March 29th, 2017, Ancestry’s TreeSync is going away at midnight (Mountain Time here in the US). The reason being is that its replacement, FamilySync, will be rolled out on March 31st, 2017, with the release of Family Tree Maker 2017 (which is what both the Mac and Windows versions will be called). According to the email I received, if you plan on continuing with FTM 2017, your trees that are linked with Ancestry will still be linked, but you will sync them through FamilySync.

If you do not plan on upgrading, and if you have items you want to synchronize with your Ancestry tree(s), you need to do so now, prior to midnight on March 29th (MST).

For more information on that, see the FTM 2017 support website, but here is what it has to say:

“Ancestry’s search, merge, and Ancestry hints will all work as they do now in FTM 2017 for users who sync with their Ancestry trees. After March 29th these functions will no longer work in any other FTM edition.”

If you are worried about editions – the US, Canadian, UK, and Australian versions are included, and you simply select which one you want while installing.

Once it’s officially released, we will be discussing it a lot more in detail. 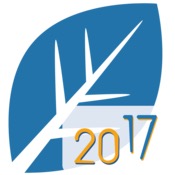 Heredis 2017 World is still 50% off until tomorrow. This is a very significant upgrade, and well worth it if you are already using Heredis. If you’re not, you have still have a chance to purchase it at the upgrade price, and if you’re curious, you can download a fully functioning demo at the link below (Heredis.com).

There are far too many changes in Heredis 2017 to cover here, but I will be doing so in the coming weeks. If I had to sum it up, the upgrade is very much focused on helping you with your genealogy research, and tracking how much information you have, or need.

You can read more about it and see the features in action at the New Features of Heredis (Heredis.com) page.

It can be purchased at the Mac App Store: Heredis 2017 World – BSD Concept

MacGenealogy.org will be undergoing a major update over the next few weeks. Lots of changes and updates, including a more mobile-friendly design.

If you see anything weird, please be patient, as there is a lot of information to be added, and changes to be made. 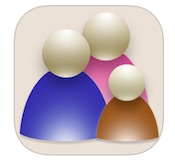 I’m running way behind on a lot of things, and have not had the chance to check out the new Reunion 11, but it’s out, and it’s a massive update.

Along with Reunion 11, there is a new mobile/iOS app, ReunionTouch that takes the manual work out of carrying your Reunion genealogy data with you, by moving to using DropBox as its cloud storage solution. I had hoped that Reunion would gain iCloud support, but Reunion is not available through the Mac App Store, and it is most likely easier to use DropBox.

ReunionTouch requires iOS 5.1.1 or later, works with iPhones, iPads, and iPod Touch, and is optimized for iPhone 5 and above.

You can download a demo version of Reunion 11 here.

I’ll be talking a lot more about Reunion 11 (and ReunionTouch) in the next few days, but for now, here are some of the major updates for Reunion 11 (for more information, see the download link above).
END_OF_DOCUMENT_TOKEN_TO_BE_REPLACED