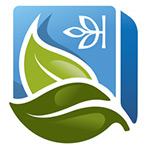 Technically it’s version 22.2.4.781 or 22.2.4.782 (depending on whether you are installing from Ancestry.com or from Apple’s Mac App Store), but a major new version of Family Tree Maker 3 was recently released.

I haven’t had a chance to go through it yet, but the additions are very welcome, including pictures in genealogy reports, plus removing generation lines in said reports. Also there is a manage historical facts option, and improved timeline reports.

It should be noted that the new file formats/database are now compatible with Family Tree Maker 2014 (Windows) and their recent updates from November and December – Service Patch #4 SP4 (Build 340) and Service Patch #5 SP5 (build 345).

A full install weighs in at 400+ MB with the update well below 100MB, and can be updated from within the app itself (click on the Family Tree Maker 3 menu, and “Check for Updates”), or through OS X’s Software Update (if you used the Mac App Store).

If you do not already own it, it’s $39.99 through the Ancestry.com Store