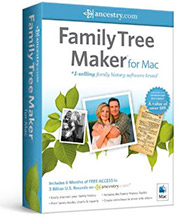 It is now available:
* Ancestry.com

Developer’s Description:
You asked for it and we listened. Announcing Family Tree Maker® Mac.

If you’re on a Mac, you’ll soon be able to take advantage of the world’s best-selling genealogy application to create your family tree.