[wpfmb type=’error’ theme=2]Note: As of 2010 – this is no longer in development. If you are looking for a modern successor, consider PAW2U[/wpfmb]

MacPAF was sometimes known as MAF

MacPAF – “A personal genealogy program for Mac OS X, modelled after a previous version of PAF (Personal Ancestral File) for Macintosh called Family Records. This is a document-based Java-Cocoa implementation, intended to be familiar to previous users of Family Records.”

This was a free, open source, application that is being develoeped by Logan Allred. There is not a compiled/binary version available at this time, however if you are familiar with compiling and Cocoa, as well as CVS, you might be able to download the source code from SourceForge (linked below) and compile the software. This is not officially a replacement to PAF/Family Records 2.3.1 (which hasn’t seen any development or updates in years), but rather is meant to replace PAF/Family Records for those Mac users who are still using it. This was originally going to be called MacXPAF. 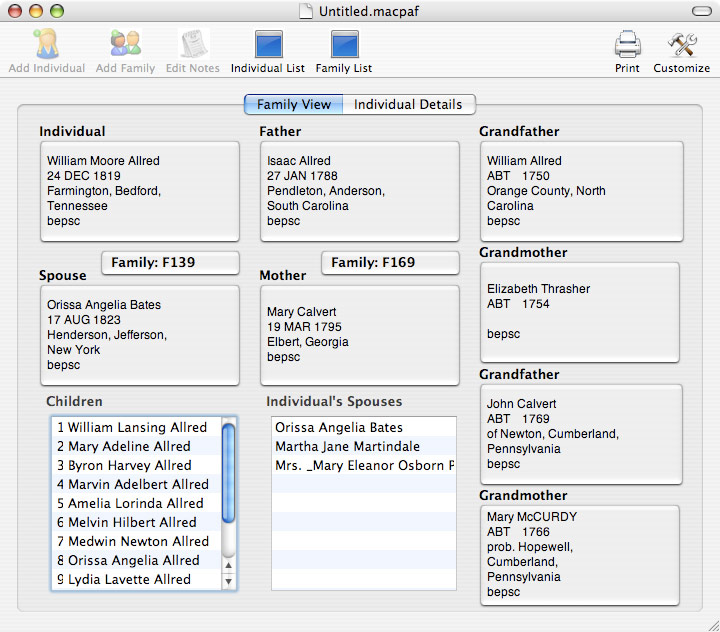