Mac Genealogy Note: ohmiGene hasn’t been covered extensively at MacGenealogy.org because most of it is in French, and the translations aren’t too good using Google Translate, but I will be covering it more in the future.

Purchase / Download Options:
Note: There are two versions, a Plus and a Lite version. The Lite version is limited to 509 persons, and all documents and PDF files created from within ohmiGene Lite are watermarked. Also, the Lite version is usually a version or two behind the Plus version.
Price (New): $40 USD (Purchase here)
Demo/Free: ohmiGene Lite

Features
– ohmiGene works within the folder it is installed to. This makes it easy to transport (USB flash drives, ZIP/DMG files) and you can have all three versions – Mac OS X PowerPC, Mac OS X Intel, and Windows, in one folder.
– Supports Unicode/UTF-8, which means names and locations with Unicode characters such as Cyrillic or other non-Latin languages can be used.
– “high-quality” PDF reports
– Handles male-male or female-female unions

Notes
– The Help Functions within ohmiGene are exclusively in French 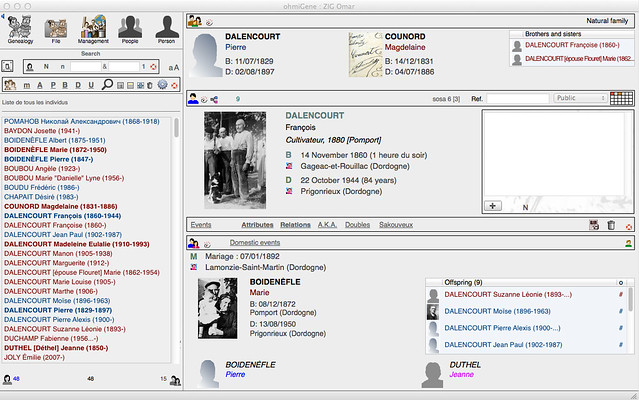 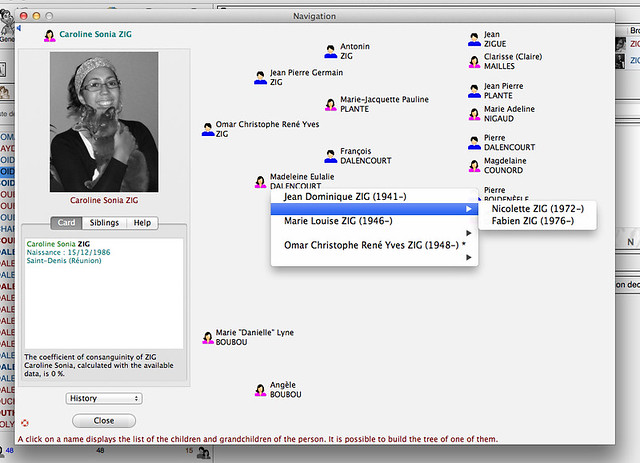